Spiral Plating is an official method of the APHA, the AOAC, and recognized by the FDA BAM (Chapter 3). This rapid plating consists of inoculating a known volume of liquid sample on the surface of a rotating agar plate. The volume of the sample that is dispensed decreases as the dispensing syringe moves from the center of the plate to the edge of the rotating plate in the Archimedean spiral.

Therefore, the purpose of Spiral Plating is to create serial dilutions in a single plate.  The microbial concentration is determined by counting the colonies on a part of the Petri dish where they are easily countable and dividing this count by the appropriate volume.

One of the main advantages of Eddy Jet is the amount of time and consumables that can be saved, an example of this would be Petri and solvent plates. Besides this, Eddy Jet patented technology implies that no leftover bleach may affect sample bacteria, avoiding false-negative results.

Eddy Jet can perform more than 25 spiral distributions such as a logarithmic, linear, and uniform distribution. Each type corresponds to a different pattern in liquid sample spreading across the spiral and makes a suitable rapid plating even for the most concentrated samples.

How to perform the bacteria count in spiral plating?

After incubation, colonies appear along the line of a spiral and, if they are sufficiently spaced from each other, we can count them on a special grid that associates a calibrated volume with each area. When colonies are counted with the grid, sample volume becomes greater as counting starts at the outside edge of the plate and proceeds toward the center of the plate.

To increase the speed, the count can be performed with an automatic colony counter such as the Sphere Flash which has implemented methods to count different types of spreading.

This rapid plating method is broadly applied for viable microorganism enumeration in milk, cosmetics, and drugs where a single spread can have a detection range between 4.102 and 4.105 in the most useful and best showing of 50µl.

For more diluted samples the Eddy Jet can reach 1.102 to 1.105 using 200µl of the sample, that is not 100% recommended due to the collapse of the spiral lines if the agar is not dry enough.

This method has also been applied to test environmental water samples. Agricultural and environmental industries implement spiral platers in bio-pesticide challenges, frost prevention, and leaf studies. It also can be used for purposes such as spiral MIC tests or mutagenicity assays among others. 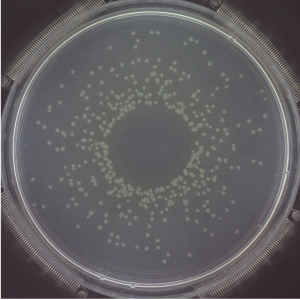 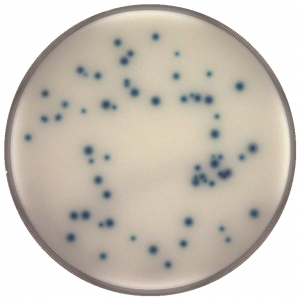 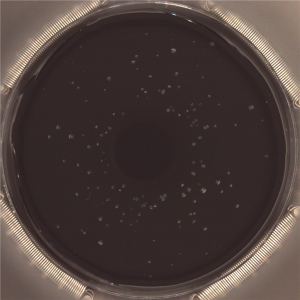